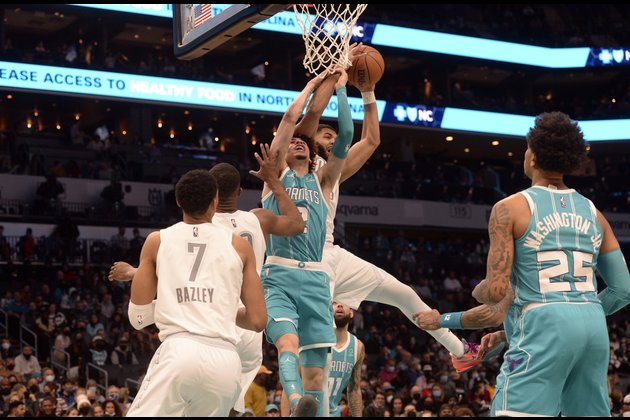 Miles Bridges had 22 points and 14 rebounds and P.J. Washington pumped in 20 points. Gordon Hayward's 16 points also helped the cause.

The Hornets have won seven of their last eight games.

Washington, who managed a total of 22 points in the previous six games combined, drained six 3-pointers on 10 long-range attempts as he played for 27 minutes off the bench. Rozier finished with nine assists.

Shai Gilgeous-Alexander poured in 29 points and Josh Giddey racked up 21 points for the Thunder as the duo combined for 20 of the team's 37 field goals. Jeremiah Robinson-Earl had 12 points and 11 rebounds, but the Thunder's losing streak reached four games.

The Thunder closed within 82-73 by the four-minute mark of the third quarter. The Hornets responded with an 11-2 run to close the quarter, with Washington and Hayward connecting on 3-pointers during the stretch.

Oklahoma City made just 12 of 44 attempts from 3-point range. The Hornets were 17-for-49 from deep despite reserve Kelly Oubre Jr.'s uncharacteristic 0-for-6 showing on 3s in his second game back from a COVID-19 protocol. Oubre was credited with three of the team's nine steals.

The Thunder, which was hurt by 37.8-percent shooting from the field, failed to reach the 100-point mark for the seventh time in the last 12 games.

Gilgeous-Alexander went 8-for-9 on free throws, but no other member of the team got to the foul line for more than two attempts.

This came after Charlotte led 37-20 through the first quarter, with seven players reaching the scoring column.

The Hornets led 69-52 at halftime despite Gilgeous-Alexander's 22 points.